​Red: A Crayon’s Story
Red—a blue crayon in a red wrapper—has issues: He can’t color strawberries or fire engines properly, and can’t quite figure out just what he’s good at. Michael Hall’s illustrated book is a cute story with a serious message for kids: Believe in yourself and be true to who you are. It’s a valuable message for all kids who feel like they’re different from others—LGBT kids and kids with learning differences, for example—and for their peers.
​We Are Family
Patricia Hegarty’s book about the bonds of family, illustrated by Ryan Wheatcroft, presents children with a variety of family situations—traditional nuclear families of different races, same-sex parents, grandparents raising a child, a single mother and child, multiracial families—to make the point that what they all have in common is love.

Last Stop on Market Street
Written by Matt de la Peña and illustrated by Christian Robinson, this 2016 Newbery Medal winner shows kids the value of generosity and being satisfied with what you have. Young CJ asks his grandmother questions on a bus ride—why don’t they have a car? why is one passenger blind? why do they get off in a dirty part of town?—as they travel from church to volunteer at a soup kitchen on Market Street. Her answers help CJ uncover the beauty in the world around him.

Paper Wishes
In this work of historical fiction by Lois Sepahban, 10-year-old Manami is forced to leave her home after the attack on Pearl Harbor—her Japanese American family is relocated from Bainbridge Island, near Seattle, to an internment camp in the California desert. When her dog is taken from her in the process, Manami stops talking. A good introduction to the tough subject of Japanese internment—and the personal and social cost of intolerance.

Drita, My Homegirl
An unlikely friendship blossoms between Maxie, a popular fourth grader, and the new kid in class, Drita, whose family has fled the war in Kosovo. In bringing together a refugee with limited English and an African American New York City kid, former public school teacher Jenny Lombard explores immigration and multicultural friendship.

​Little Leaders: Bold Women in Black History
Vashti Harrison’s beautifully illustrated mini-biographies of 40 black female trailblazers are meant to be inspiring for all readers; Harrison says she wrote it for her younger self, wondering “what kind of dreams I might have had if I had known about all these women when I was growing up.” Harrison’s subjects range from Sojourner Truth and Harriet Tubman to Mahalia Jackson, Shirley Chisholm, Octavia Butler, and Dominique Dawes—role models in politics, sports, the arts and sciences, and more.

​Wonder
August Pullman—Auggie—has had numerous surgeries to correct facial anomalies, but when he enters school in fifth grade after years of homeschooling, he still has a face that draws nicknames like Freak and Freddy Krueger. R.J. Palacio’s novel presents Auggie’s perspective as well as those of friends and family members. Palacio has called the novel “a meditation on kindness.”

​The Rose That Grew From Concrete
This collection of poems was written by Tupac Shakur while still a teenager—making it a source of inspiration for young writers, particularly boys, who appreciate the musician’s authenticity. The poems are reproduced from Shakur’s journals; many show small edits he made, giving a glimpse of his creative process. 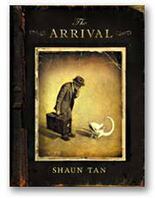 ​The Arrival
A sepia-toned marvel, The Arrival conveys in images—there is no dialogue—a man’s journey from his troubled home country to a new one. Artist Shaun Tan places the reader in the immigrant’s shoes by using an invented alphabet on the signs in the strange new world he enters—the language is as impenetrable to the reader as it is to the protagonist.

​The Skin I’m In
Tackling bullying and the adolescent drive to build an identity, Sharon Flake’s debut novel is the story of Maleeka Madison, an African American seventh grader who struggles with poverty and self-consciousness about her dark skin—and fights the people who try to help her. The book won Flake the Coretta Scott King/John Steptoe Award for New Talent.

​Under the Mesquite
Lupita, a Mexican American teen, struggles to take care of her younger siblings as her mother battles cancer in this free verse novel that makes effective use of interspersed Spanish. Guadalupe Garcia McCall’s debut was published by Lee & Low, which has been dedicated to publishing multicultural books since 1991.

​Ghost
A National Book Award finalist, Jason Reynolds’s Ghost is the story of an African American middle school runner with the talent to qualify for the Junior Olympics—if he can learn to control his temper. Money is tight and his father is in jail, and Ghost has been having a lot of what he calls “altercations.” This is the first in a series of books about the members of a track team.

​American Born Chinese
This graphic novel—the first to be nominated for a National Book Award—tells three stories: The legend of the Monkey King, a master of martial arts; the story of a Chinese American boy who wants to be just American; and a depiction of racial stereotypes of Chinese immigrants that features a character named Chin-kee. In weaving these stories together, Gene Luen Yang explores Chinese American identities, bigotry, and the process of assimilation.

​George
George is a transgender fourth grader who wants to try out for the lead role in the school production of Charlotte’s Web so that her mother will see her as a girl. Alex Gino presents George’s struggles with both bullying and the painful reassurance that she will “turn into a fine young man.” George won a Stonewall Book Award—and made the American Library Association’s 10 Most Challenged Books list in 2016 and 2017.

​The Absolutely True Story of a Part-Time Indian
In Sherman Alexie’s National Book Award winner, Arnold Spirit Jr. is a teenager growing up on the Spokane Reservation. The school he attends is poor—when Junior opens his geometry book he finds his mother’s name among the previous owners. A budding cartoonist, Junior eventually transfers to a wealthy high school 20 miles from home where the only other Indian is the mascot.
Bless Me, Ultima
A classic of Latino literature, Rudolfo Anaya’s coming-of-age tale is an exploration of faith—Antonio, the young protagonist, makes his First Communion in the Catholic Church but also finds a spiritual guide in Ultima, an elderly curandera, or healer, who helps him explore indigenous traditions of New Mexico.

​The Hate U Give
Angie Thomas’s debut novel was a sensation when it was published in 2017, remaining on The New York Times best-seller list for 50 weeks. It centers on the killing of an unarmed black teen by a white police officer, a shooting witnessed by 16-year-old Starr, whose days are split between her black neighborhood and mostly white suburban school. The killing of her friend Khalil drives those two worlds farther apart than ever.

​The Autobiography of Malcolm X
The life story of the man born Malcolm Little—coauthored by Alex Haley—is one of the most important memoirs of the 20th century. Based on interviews conducted over the two years before Malcolm’s 1965 assassination, the book describes his upbringing and his conversion to Islam while in prison, as well as his philosophies of black power and black nationalism.

​They Both Die at the End
In this novel by Adam Silvera—one of Book Riot’s Best Queer Books of 2017—a company called Death-Cast calls two New York City teens just after midnight with the bad news: This is the day they’re going to die. After meeting through the app Last Friend, Rufus, a bisexual Cuban American, and Mateo, who is of Puerto Rican heritage, spend their End Day together, making their way through the city and becoming friends—and then something more.

​The House on Mango Street
Mexican American teen Esperanza Cordero longs to escape from a rundown section of Chicago. The short vignettes that make up Sandra Cisneros’s book cover a year of Esperanza’s life as she moves from childhood into her teen years—a key moment, full of promise but also a little scary, comes when a neighbor gives Esperanza and her friends some high-heeled shoes, marking a rite of passage into womanhood.

The Namesake
Jhumpa Lahiri’s debut novel—the story of children of a Bengali couple who immigrate to America—conveys in rich detail the experience of many immigrant families: The parents strive to be American even as they miss their home and mainly socialize with other Bengalis, and the American-born children chafe at the imposition of Bengali traditions that are foreign to them.
UA-16355605-1